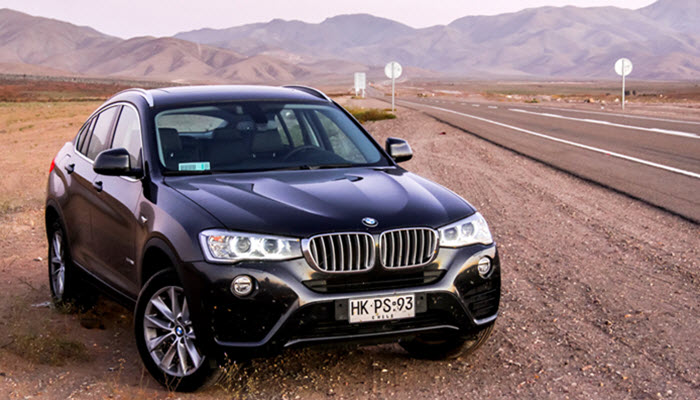 The positive crankcase ventilation (PCV) valve of your BMW is incredibly important to your vehicle’s well-being, as it regulates the pressure and airflow of the system. The PCV works to keep pollutants created as byproducts from your engine from being released into the atmosphere and keeps the engine oil clean, which ultimately serves to prevent crankcase pressure from building up.

The PCV valve is normally found in the engine valve cover and is connected to the intake manifold or throttle body with a vacuum hose. If this component is worn or somehow damaged, its malfunctioning can manifest in ways that could possibly leave your engine inoperable. If you suspect an issue with your PCV valve and/or notice any of the symptoms discussed in this article, it is strongly advised that you visit a licensed professional as soon as possible for diagnostics and repair.

What does the PCV valve do?

When the engine of your BMW is running, combustion gases leak past the engine’s piston rings into the crankcase. This is known as “blowby” and can create a significant amount of pressure and pose a risk of damage to your engine.

To keep the blowby in check and reduce pollutants emitted from your vehicle, a spring-loaded plunger inside of the PCV valve redirects the gases from the crankcase back into the engine, where they are then burned. The positioning of this plunger, however, is entirely dependent on how the engine is operating.

For instance, the performance of the PCV valve will act differently when your BMW is pulling/carrying a heavy load, accelerating aggressively, or idling. Under a lot of pressure, the amount of blowby being produced by your BMW may exceed the full capacity of the PCV valve, which is not ideal and can lead to complications with your BMW’s engine. On the other hand, at idle, the amount of gas flowing through the PCV valve is significantly lower and is not a problem at all.

The PCV valve also offers a bit of protection in the event of engine backfire. Backfires happen when a spark plug ignites fuel in its cylinder at the wrong time, creating excess pressure in the intake manifold. The PCV is then forced to position the plunger back toward the crankcase, closing the valve and preventing the flame from the backfire from entering the crankcase. This ultimately prevents the ignition of fuel vapor that could cause further damage.

How to Know if You Have a Bad PCV Valve

There are a number of symptoms that will arise when you have a bad PCV valve:

When the PCV valve is malfunctioning for one reason or another, your vehicle’s computer is unable to properly calculate the ratio of air-to-fuel allowed into the engine. This can result in too much air entering the engine which causes the engine to struggle in standard operation.

Of course, the PCV valve is just one of many components that work in tandem with, and are regulated by the vehicle’s computer. Because of this, when there is a problem that occurs with it, no matter the cause, the check engine light will be illuminated. It is important to have this symptom evaluated by a professional, as it can be indicative of a plethora of problems and in no way represents the extent of the damage.

Oil may begin to leak through the seals due to the increased pressure in the crankcase. This will also lead to incorrect ratios in the air/fuel mixture and overconsumption of oil by the engine.

A bad PCV valve allows blowby to mix with the engine oil, which causes sludge buildup. Sludge can cause extreme damage to your engine if left untreated.

A clogged or otherwise compromised PCV valve can cause the air-fuel mixture to go to the other extreme in too rich of an air-fuel mixture after allowing to much fuel into the engine. This, of course, reduces fuel efficiency in terms of emissions and fuel economy.

Get Your PCV Valve Replaced

If you are noticing one or more of the aforementioned symptoms, it is advised that you see an experienced, licensed mechanic as soon as possible. 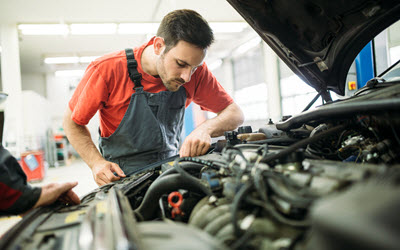 Having a damaged or failing PCV valve can cause some serious problems for your vehicle’s engine, and because there are so many different ways this issue can manifest, it is best to have it diagnosed and treated by a trusted shop.

McIlvain Motors has been one of Arizona’s best independent German auto repair shops since 1919, when it was established by E.H. “Mac” Mcilvain. We are a dedicated team of mechanics who understand the significance of your BMW to your daily life. We aim to service your vehicle as well as we would service our own. Call today to schedule a routine maintenance appointment, repair, or service. You can also visit us at one of our locations in Chandler, Mesa, Phoenix, Scottsdale, and Tempe, AZ.