Why Your BMW Has a Bad Fuel Injector 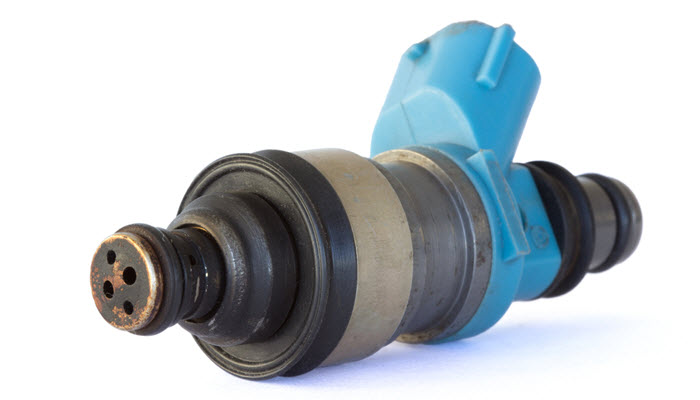 Why Your BMW Has a Bad Fuel Injector

BMWs are stunning luxury cars that give the best driving experience to their owners. They encourage drivers to become better owners, in terms of care and maintenance. BMW wants owners to experience the very best their model can offer. It is unlikely that a BMW will fail their driver due to manufacturer problems. However, natural wear and tear happens and unexpected occurrences can arise. This can often leave BMW drivers searching for explanations, causes, or symptoms to look out for so they can fix any issue and return to an enjoyable driving experience.

In this article, we will take a closer look at why your BMW may have developed a bad fuel injector and what can be done to fix it now and avoid problems in the future.

What is the fuel injector?

The fuel injector is a series of nozzles responsible for injecting fuel into the engine. Fuel injectors are precision instruments that are controlled by the onboard computer and are able to vary their pressure and spray accordingly. The onboard computer works with the airflow data given to it by the MAF sensor to supply to correct fuel quantity for optimum ignition. Failure of the fuel injectors usually occurs for one of two reasons: clogs or mechanical failure.

Gasoline: The Number One Cause

When it comes to the cause of bad fuel injectors, the number one factor is typically gasoline. Gasoline is actually a mixture of hydrocarbons and additives which can sometimes be dense and heavy. These heavier hydrocarbons can be great for giving your engine an extra boost of energy. However, they can also leave behind all manner of deposits in and around the fuel injector. This can be exacerbated by the heat radiating from the engine, causing the deposits to harden. To try to prevent this, detergent is added to the gas. However, under certain driving conditions, the detergent cannot keep up, resulting in build up and the beginning of symptoms of bad fuel injectors.

Below is a list of some of the other most common causes of injector failure that can occur within your BMW:

This issue can be caused by multiple factors such as a worn injector ball seat, leaking cross-feed tubes, blow-out of the internal high-pressure seal, incorrect nozzle needle clearance, and cracks to the nozzle body and the injector body. These issues will typically result in a hard-to-start engine and low common-rail pressure codes.

2. No Injection of Fuel

This can be caused by dust or rust or other contaminants building up inside the nozzle and blocking it up. It can also be caused by the armature or the needle becoming stuck, a bad starter, or loss of cylinder compression. The issue can be identified via high balance rates.

3. Injection that is Excessive

This is typically caused by issues with the nozzles such as poor nozzle flow balance, missing parts from the nozzle needle, a plugged nozzle, as well as nozzles that are wire-brushed. This type of failure will result in rough running of your engine as well as poor cylinder balance.

While this article focuses on the causation of bad fuel injectors, being aware of the potential symptoms is still useful knowledge to have:

If you are you a BMW driver

living in or around Chandler, Mesa, Phoenix, Scottsdale, or Tempe, AZ and are having issues with bad fuel injectors, McIlvain Motors can diagnose and repair your fuel injectors. With a team of friendly and expert technicians on hand to help, you couldn’t be in more experienced hands.