What Causes Smoke While Starting Your Porsche? 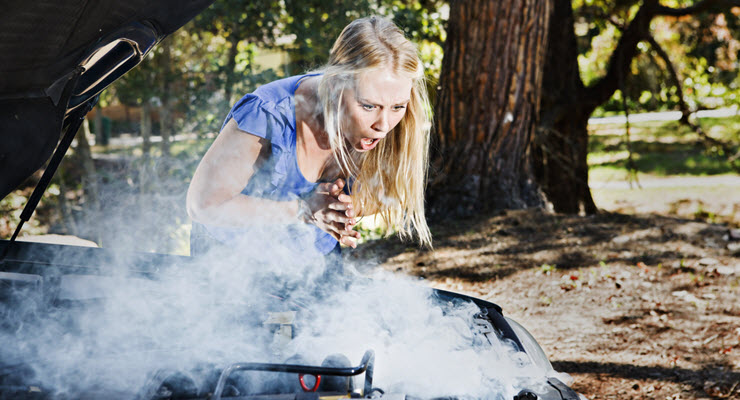 What Causes Smoke While Starting Your Porsche?

When talking of luxury European automobiles, we cannot do without making mention of the Porsche car brand. These vehicles are built with high performance and driver comfort in mind. Like every other vehicle, your Porsche can show some signs of fault. One of the issues you can notice in your Porsche is a smoking engine.

When you begin to see smoke in your Porsche engine, it might indicate a variety of issues, some of which are minor, and others could be more serious than you expect. We would normally anticipate exhaust to exit from the exhaust as you drive; however, if there is an issue with the car, you might begin to see dark-colored smoke coming from the engine.

Let’s go further into the causes of smoke in a Porsche.

Using Color to Determine the Source of Smoke

It is crucial to know that smoke originating from any portion of your car is usually an indication of fluid leakage, and these could be oil, coolant, or gasoline. The smoke indicates that a particular fluid has been burnt or evaporated on a hot engine component or during its journey to the exhaust.

If the smoke is caused by oil leaking, it could be a result of the inability of the engine’s oil-air separator to separate the oil from the gases. Whenever you see smoke in your engine, regardless of color, you should immediately call the attention of an expert technician since numerous components could be responsible.

A coolant leak might be the cause of white smoke in your Porsche. Coolant is a liquid, and it can quickly evaporate and produce a strong fume of white smoke when it spills or seeps over the hot engine components.

It is crucial to understand that we have two types of white smoke. A White thin vapor that is nearly transparent is merely condensation that has formed as a result of cold weather. This is typical and does not indicate an issue with the vehicle’s operation. However, thick, white smoke is a problem.

Smoke that is gray or blue in color indicates an oil spill. When oil drops on an engine component, it burns, giving the smoke a gray or blue color as well as a pungent stench. Oil can also spill into the engine’s combustion chamber and give off smoke. This can reduce fuel economy and cause issues while accelerating.

When the smoke coming from your Porsche’s engine is black, it is the most alarming color. It doesn’t imply your car will break down straight away, but it might be a symptom of leaky fluids, a faulty gasket, or a damaged engine part.

Black smoke can be caused by a blocked or filthy air filter, which usually results from a variety of factors. Asides from the presence of excessive debris in the engine oil, the failure of your Porsche engine oil separator might result in such blockage over time. This potentially indicates a problem with the air-to-fuel ratio. Other possible causes include defective gasoline injectors, sensors, and more.

If you are a Porsche driver and you reside 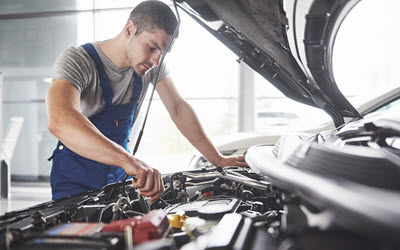 or work in Chandler, Mesa, Phoenix, Scottsdale, and Tempe, AZ, you can bring your vehicle to us in case of any problems. At McIlvain Motors, we are committed to quality maintenance and repair services for Porsche and other luxury European automobiles.

At each service visit, we work hard to ensure that your Porsche receives the care it requires to provide you with the excellent performance you deserve. If you notice smoke in the engine of your Porsche, let our experts handle it. Call us now or schedule an appointment with us now.